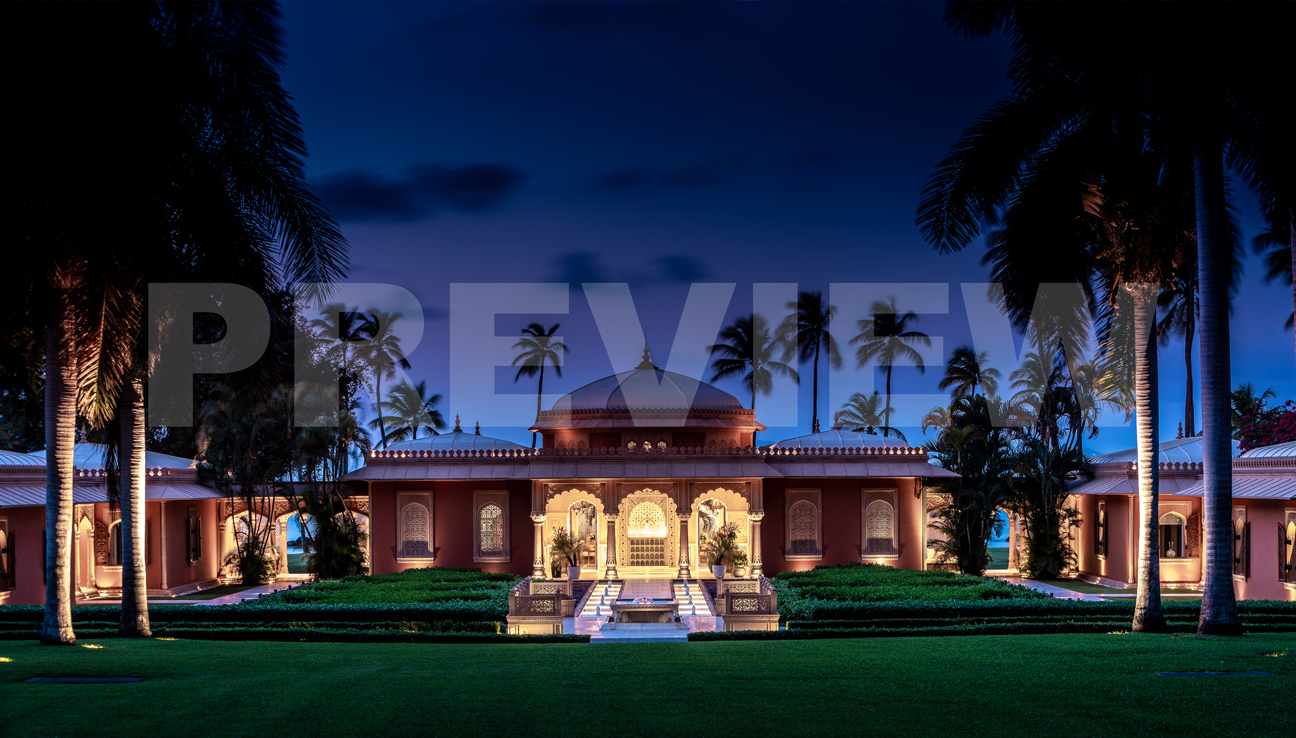 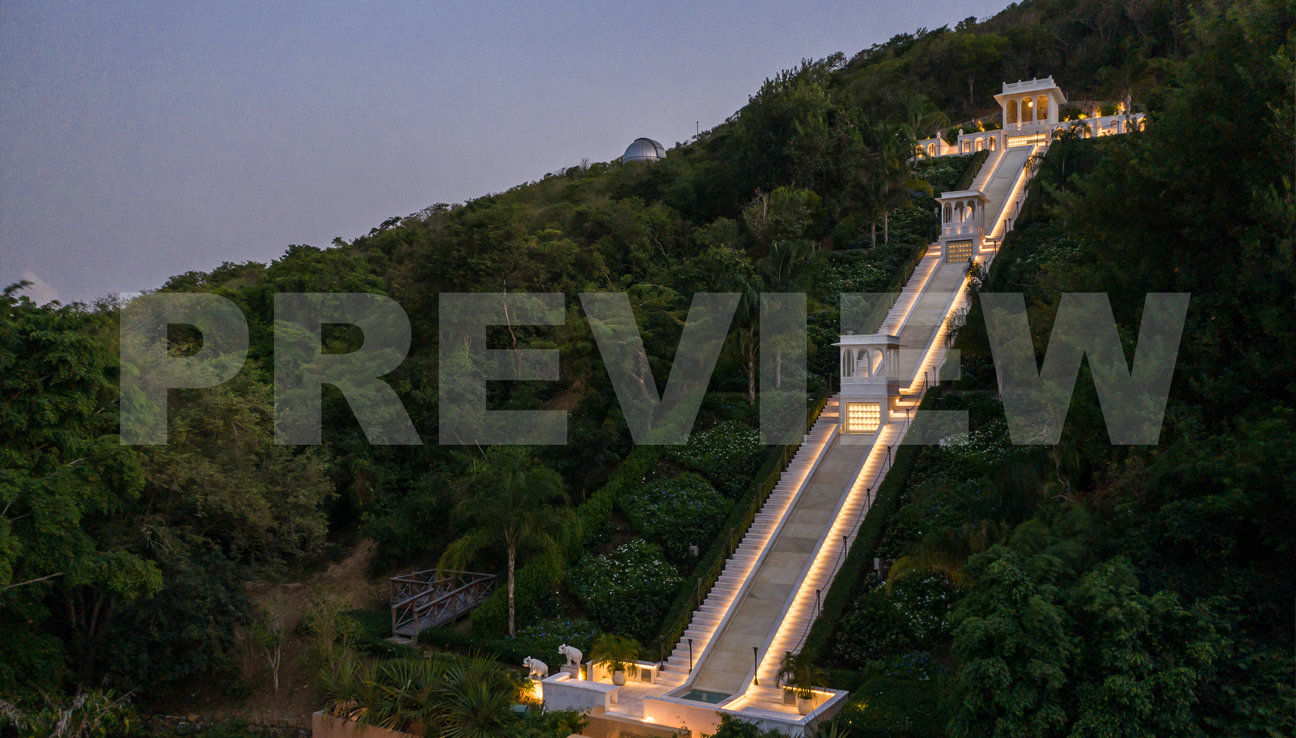 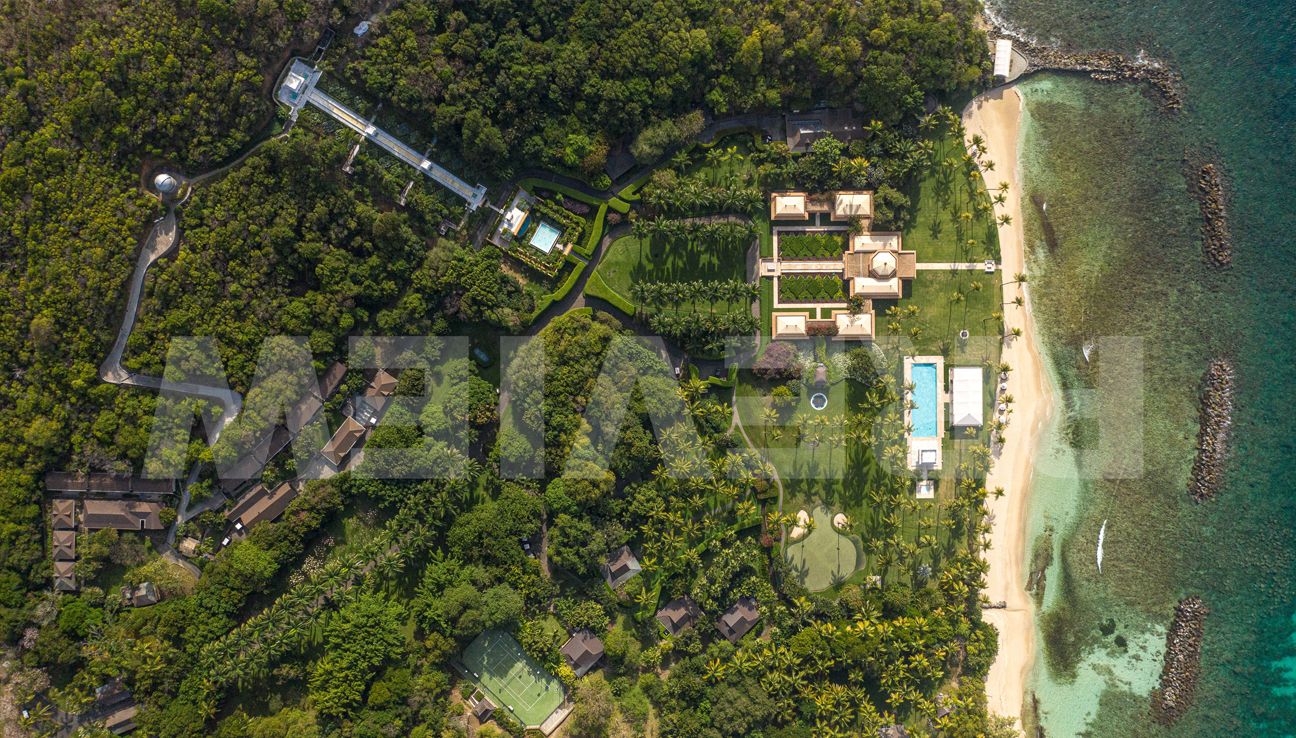 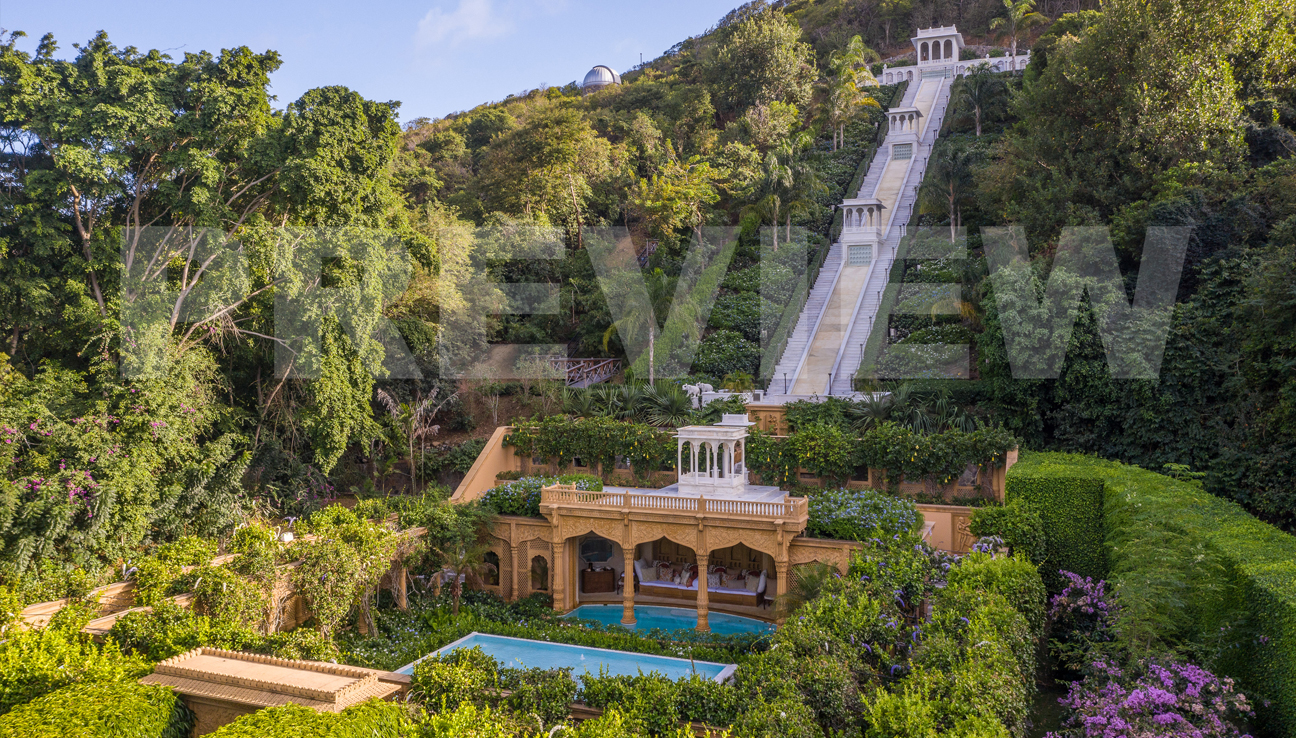 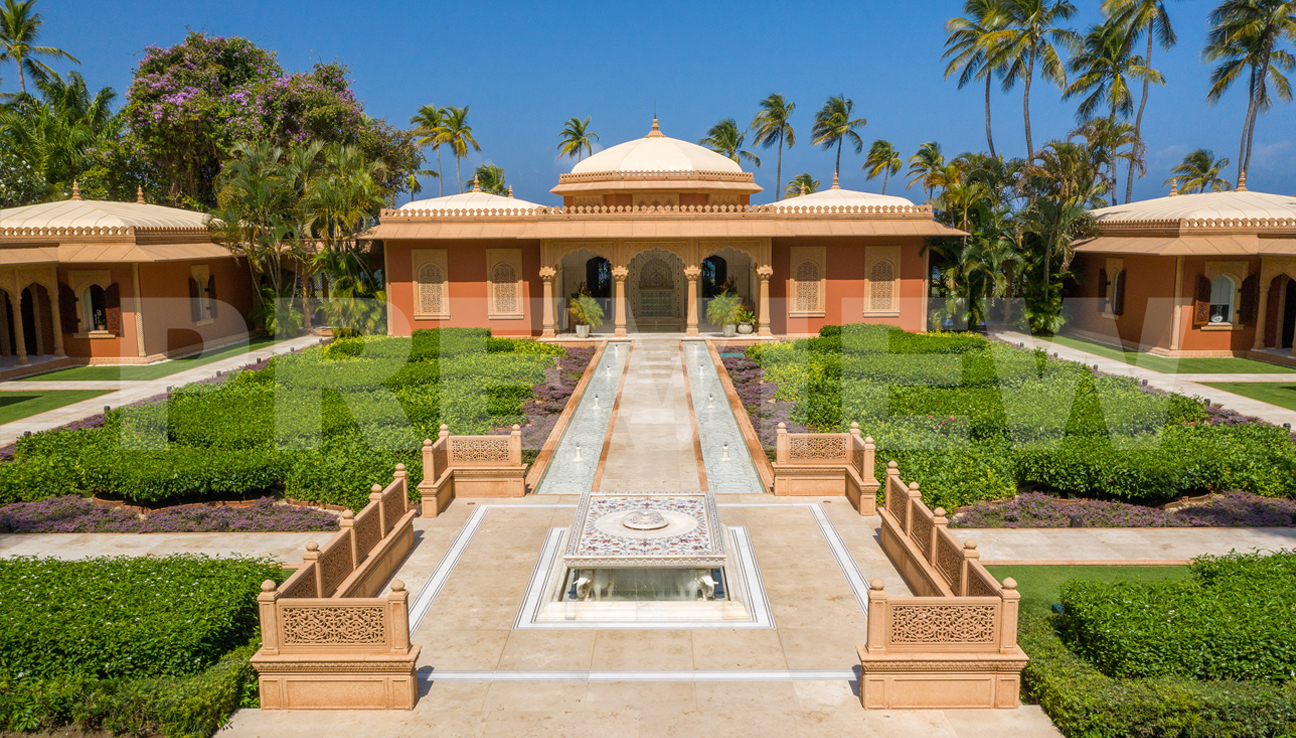 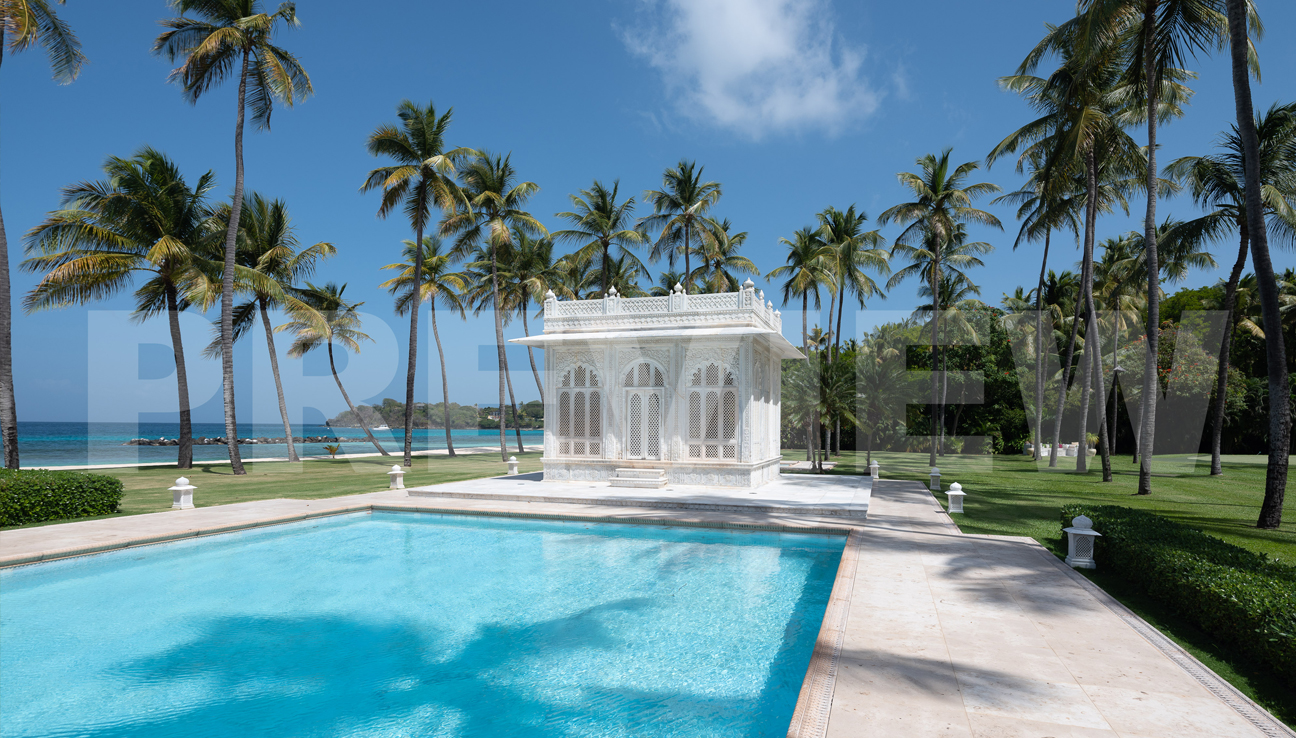 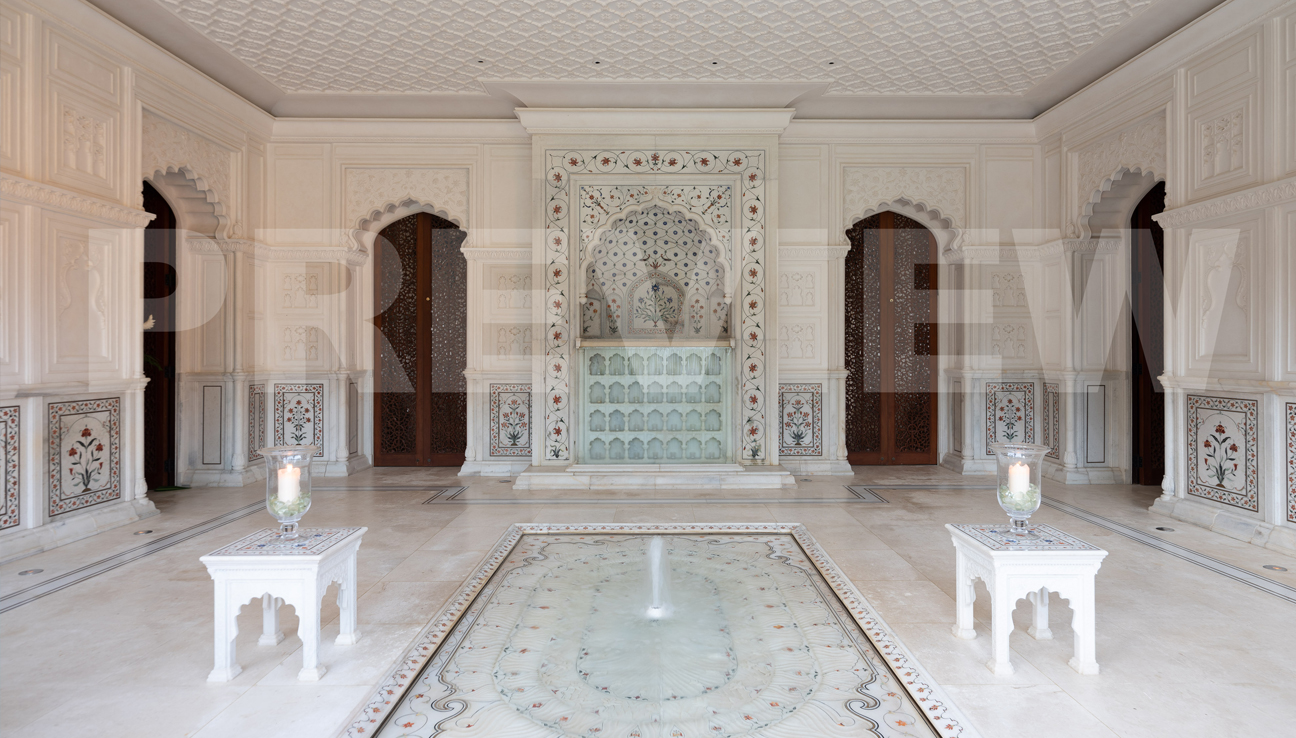 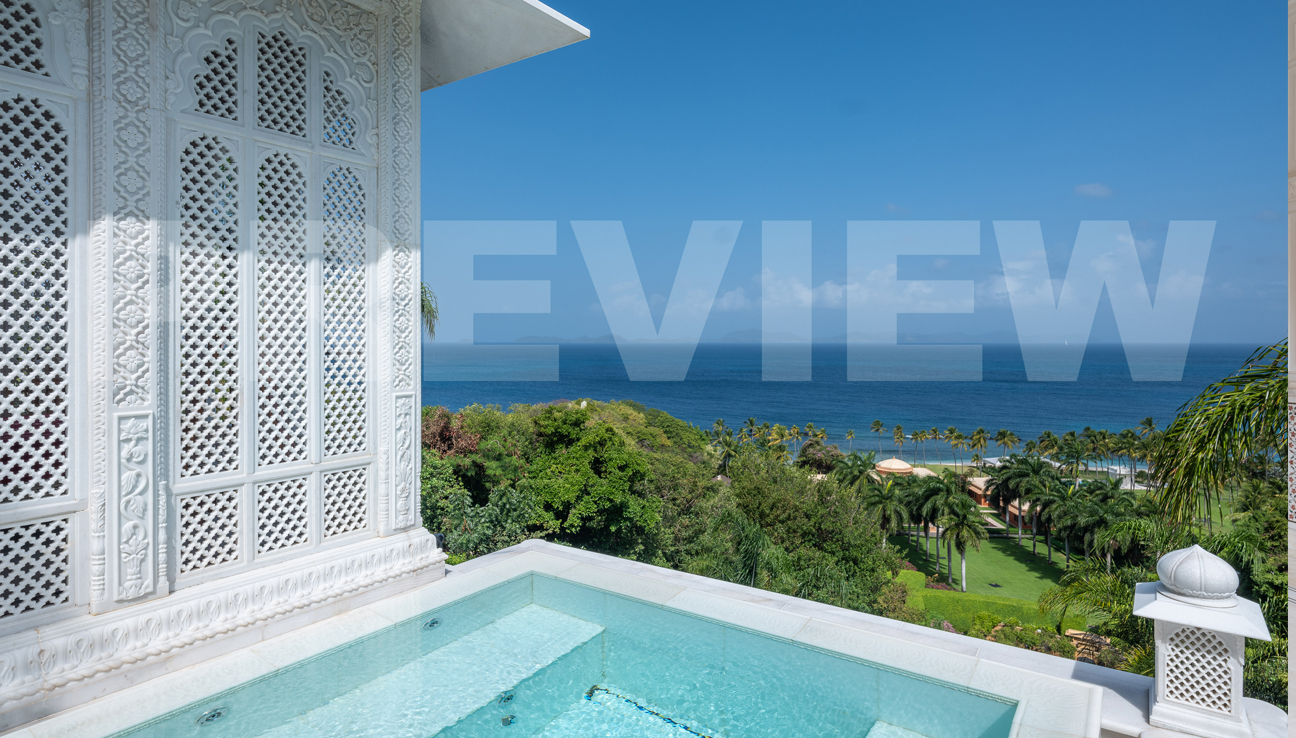 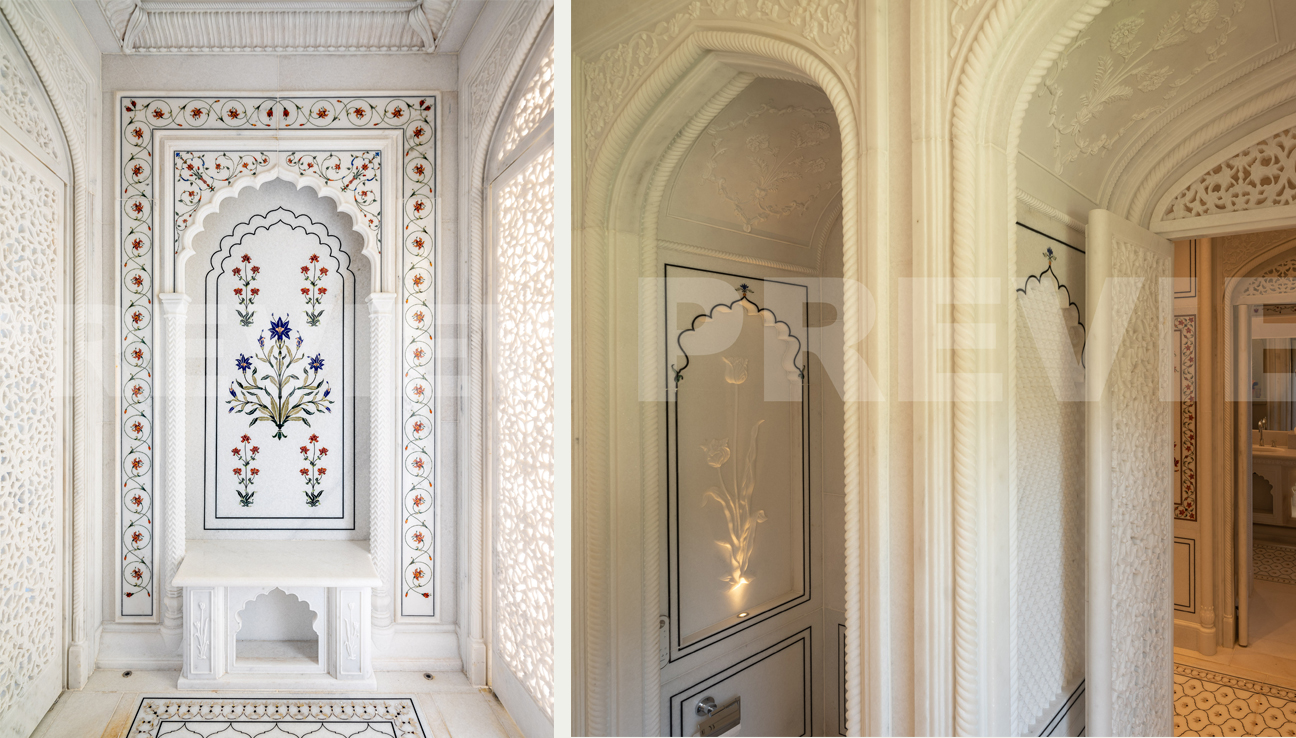 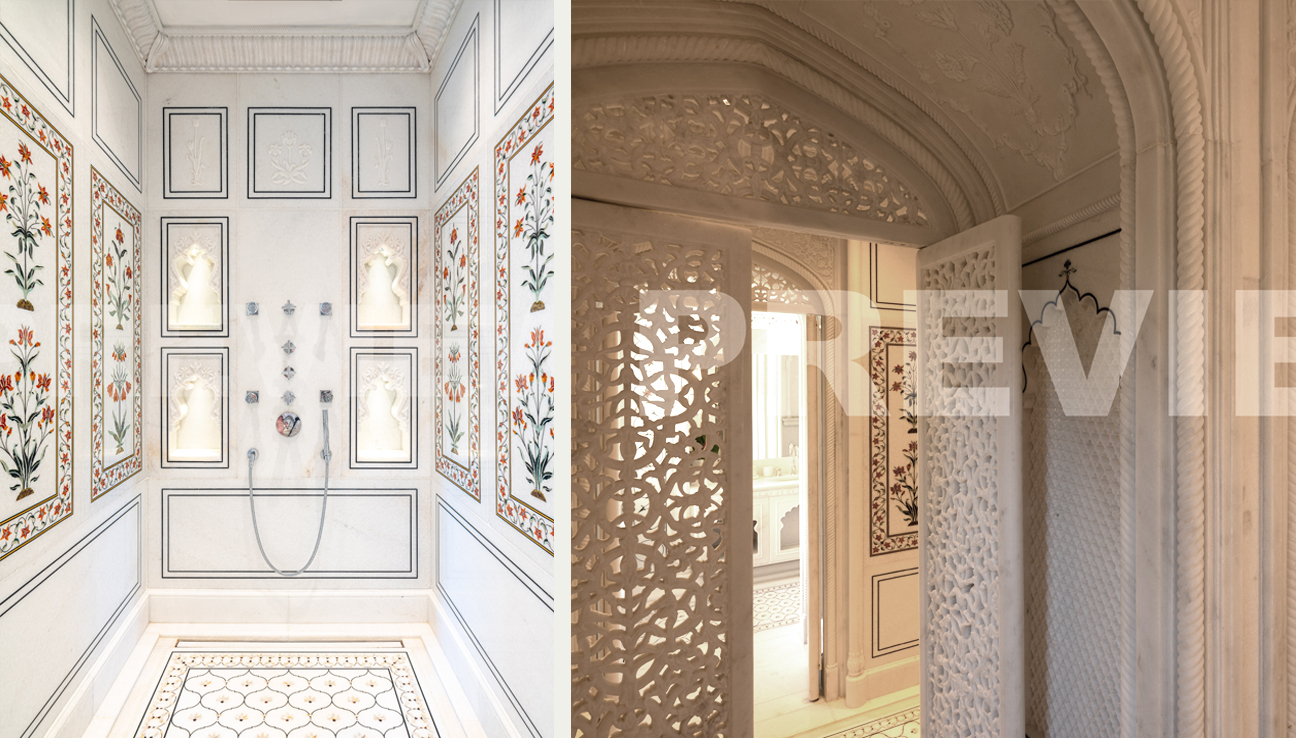 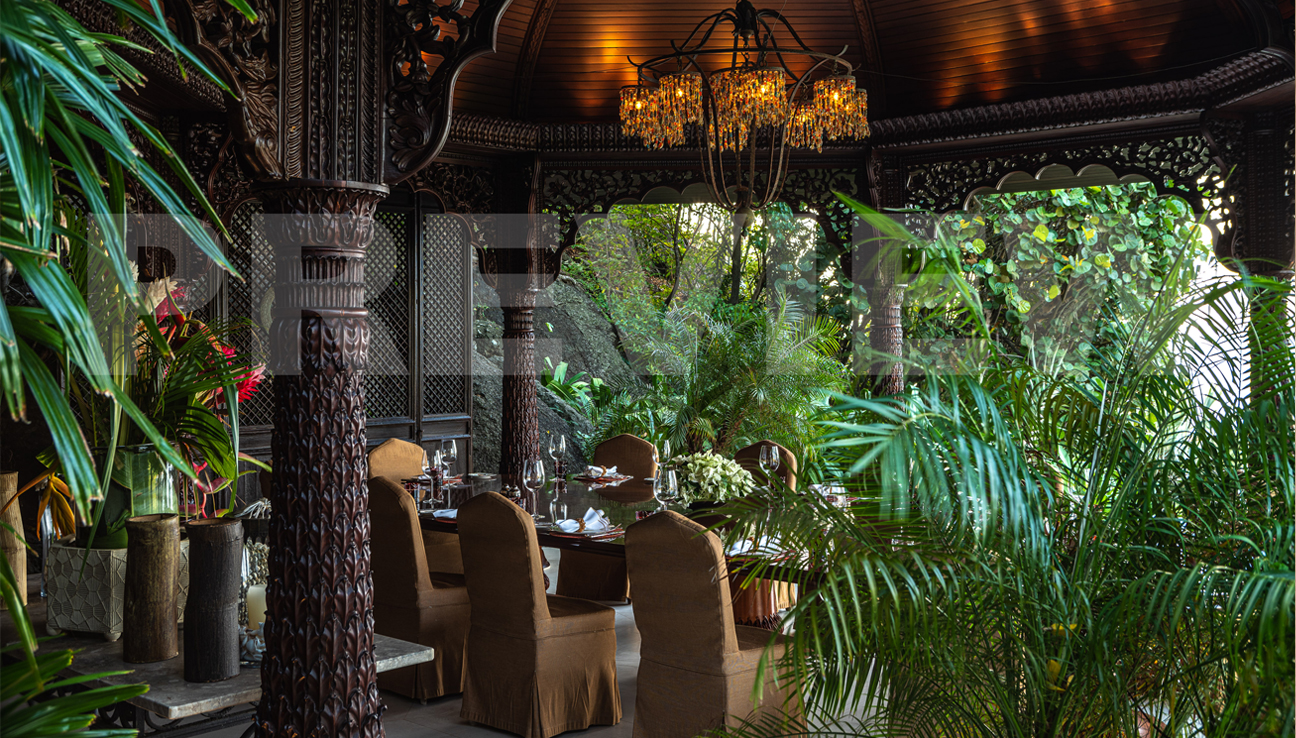 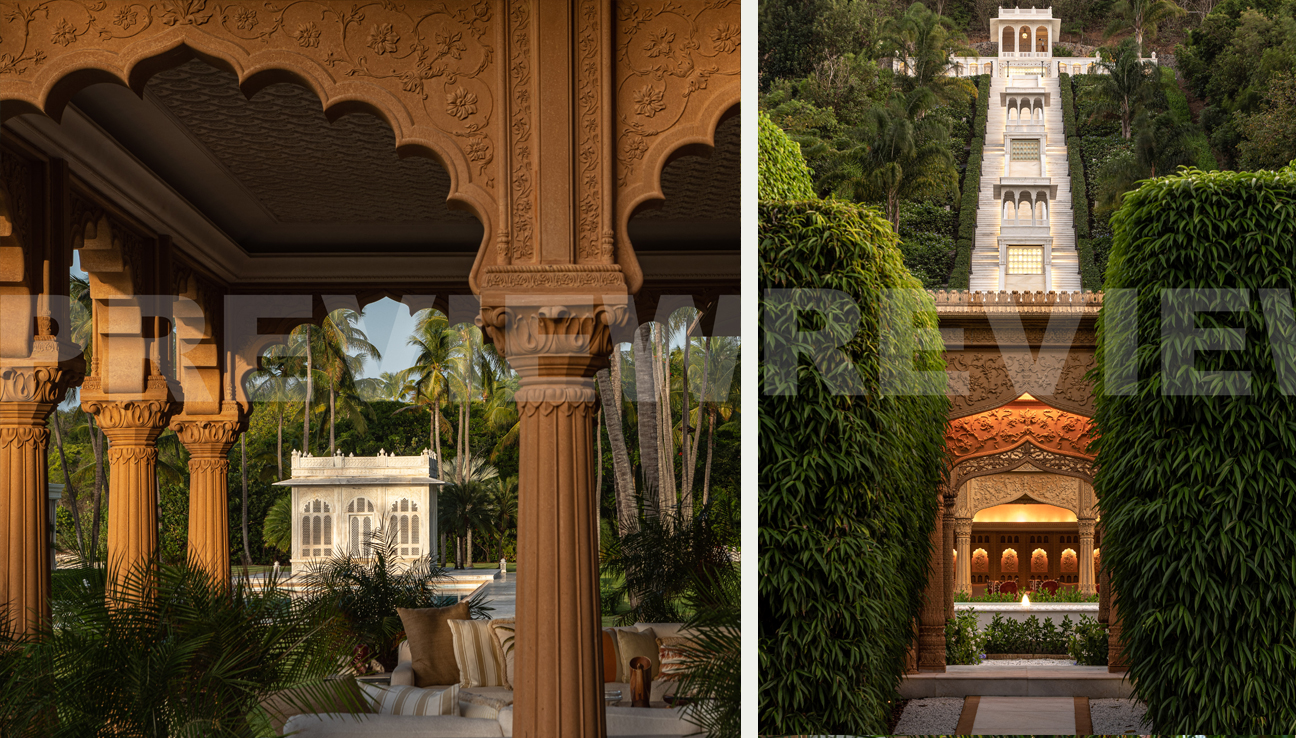 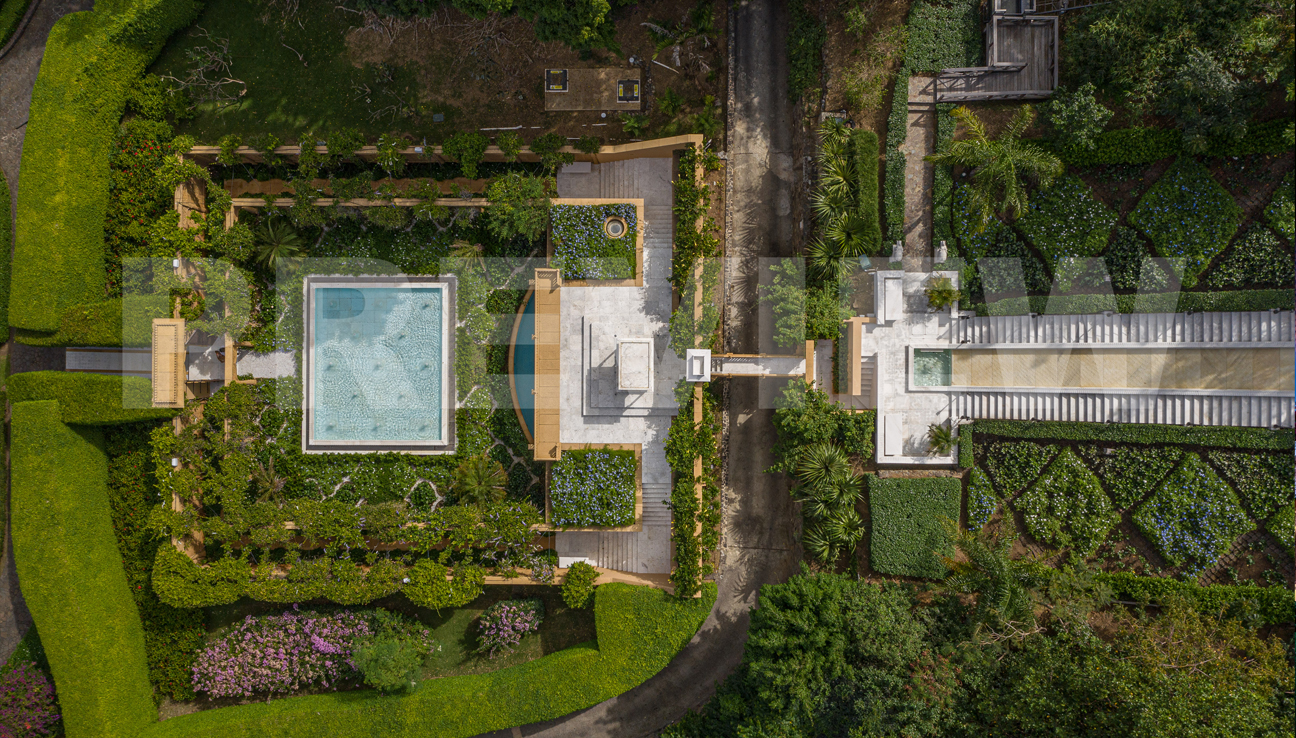 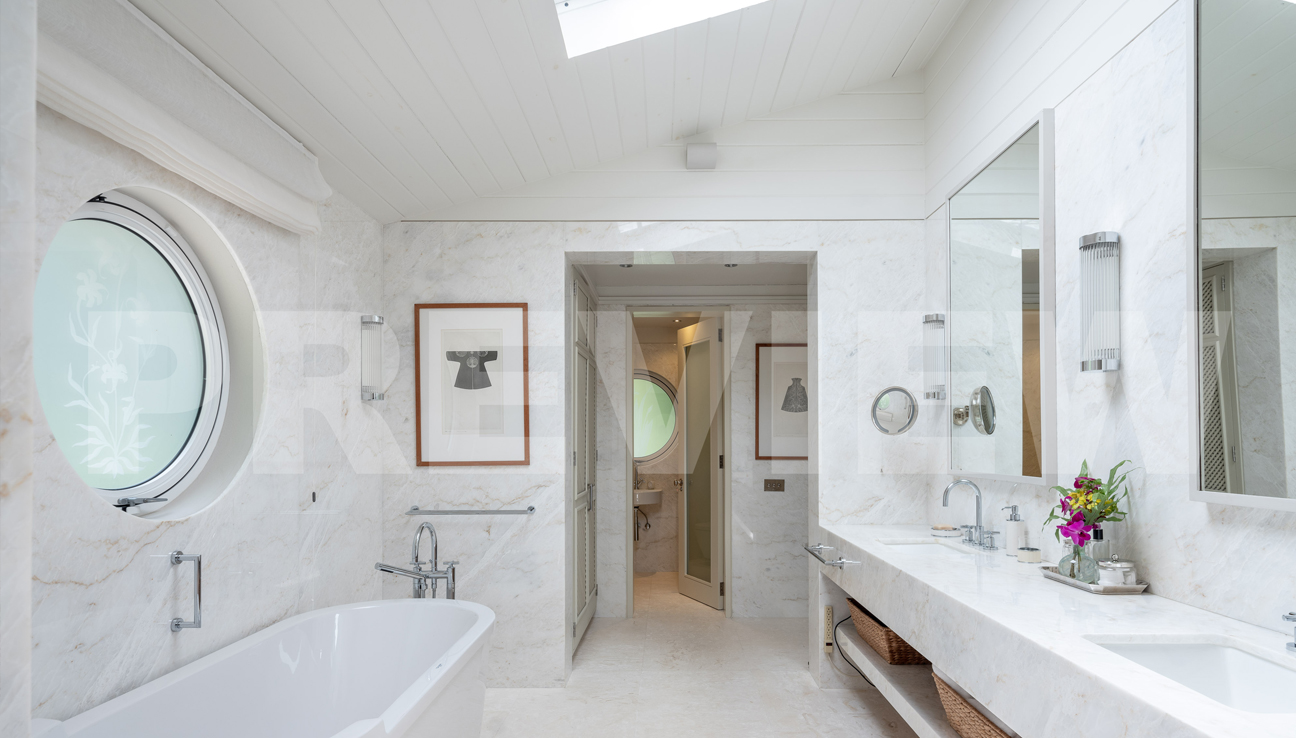 The location on the secluded Caribbean island of Mustique was originally chosen by the island’s owner Colin Tennant (Lord Glenconner), to build a private estate.

He commissioned designer Oliver Messel and together the embarked on an eclectic aesthetic which was inspired by ottoman, Chinese and Indian influences.

The estate was acquired by 1988 and a comprehensive building and landscape program commenced which has been evolving for 30 years.

The initial research to rebuild the Great House started with the correlation of design reference and slowly progressed to the vision.

The project has incorporated numerous ideas, concepts and visions over the years from sourcing master craftsmen and horticulturalists, resolving logistics and adapting from initially hand drawn information to digitally generated design packages.

The architecture, landscape and decorative elements were inspired by the great Moghuls of India; especially the greatest of all the Moghuls, Shar Jahan, 1593-1666, who built the Taj Mahal.

To achieve the contemporary aesthetic, modern forms of construction and water hydraulics were implemented whilst master craftsmen in Pietra Dura, marble and wood carvers were sourced from various continents throughout the world.

To create the wonderful gardens, as no fresh water was available, a desalination system was installed.

To harvest seasonal rainwater, storage tanks were constructed under the main lawn.

More recently, projects undertaken include the Paradise Garden, the Cascade and the Astronomical Observatory, which has a 20” telescope capable of relaying colour images of the solar system to the Porsche digital screen by the beach.

The Cascade rises 70 meters above the walled Paradise Garden. Across three flights, there are two marble Chartis for pausing on the steep climb to the upper level.

The luxury scents geometric garden bordering the staircase, combined with the sound of water flowing over the hand carved, fish scale patterned surface of the Cascade is magical.

The culmination is the upper Badri (pavilion), positioned on a plinth resembles an intricate, hand carved marble veil. Two infinity pools and spectacular views of the Great House Gardens are framed by the various islands of the Grenadines, forming silhouettes on the horizon.

As the gentle breeze of daylight fades, the words of the Great Moghul, Emperor Jahangir, are never more pertinent;

If there’s a paradise on earth, it must be here.

It must surely be here.

The research, the culmination of reference and progressing the design, including mock-ups and sourcing the master craftsmen, took almost two years.

The architectural decorative elements and the landscaping were inspired by the greatest of all the Moghuls, the Emperor Shah Jahan, 1592 – 1666.

To achieve the aesthetic, master craftsmen were commissioned in India to carve and inlay the marble (Pietra Dura).

The carving work was undertaken in Makrana, from the same quarries that supplied the marble for the Taj Mahal.

The finished carved components were then transported to Udaipur and Agra for the Pietra Dura inlay.

Once finished, these components were packed in containers and shipped from Mumbai.

Simultaneously, on an island in the West Indies, the site excavation for the concrete foundations were underway, which incorporated the water pumping system and electrical services for the illumination.